Using user's name (or any other response), later in the conversation

Written by Ish Jindal
Updated over a week ago

There are times when you want to use the user's response, somewhere later in the
conversation. Like you have asked the user's name in the first gambit, and want to refer him by his name.

Nice to meet you John, where are you from?

To do this, simply replace John with {{ursp.name}}, where name is the varid of the gambit on which you have asked for the user's name. varid of a gambit is at the top. 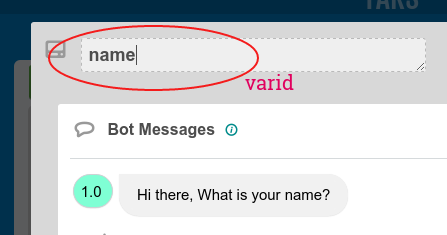 So the statement will become:
Nice to meet you {{ursp.name}}, where are you from?

So, anything between the double braces will be replaced by whatever the user has responded on that gambit.

ursp means it is a user's response on that gambit

Not just that you can use the double braces format anywhere in the Bot. In the messages, in the button text, even in the API-Config section.